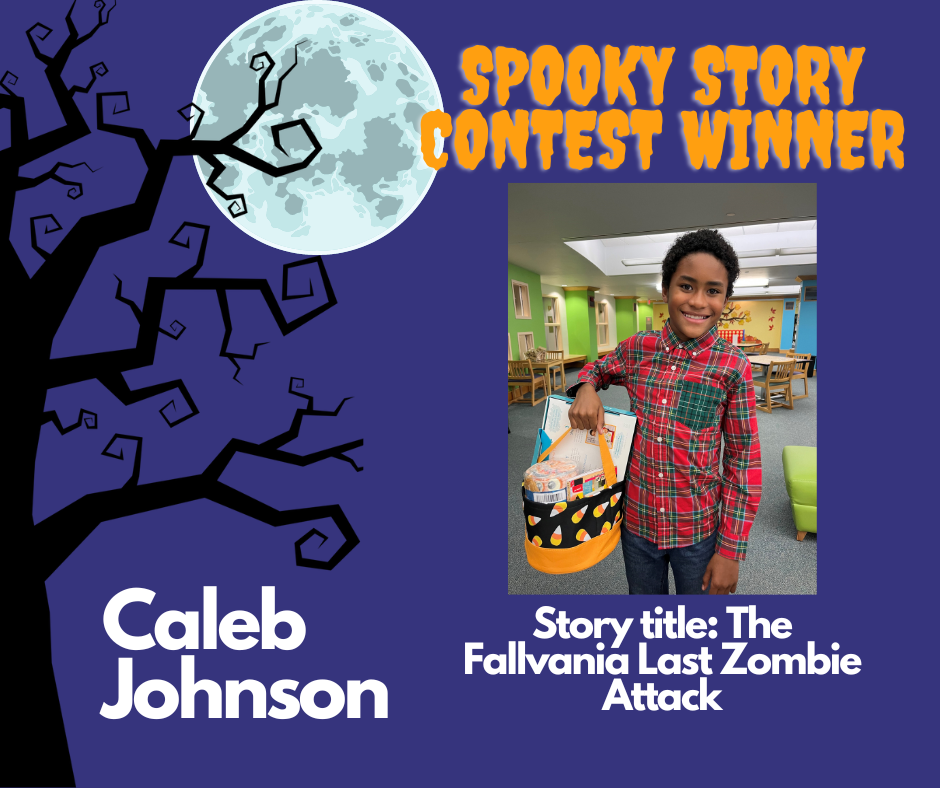 Once upon a time there was a group of four friends. These Fourth Grade buddies have known each other since pre-school! Their names are Mia, Emma, Jay, and Max. They were smart kids living the pre-teen dream. As they were walking in their city, Fallvania, they saw a huge green building. It had a giant neon sign with flashing lights that read “S.S.S.L”. They wondered what it stood for so quickly walked closer to read the fine print under the extravagant sign. The fine print read “Super-Secret Science Lab”. They were all stunned. Just as they finished reading, 3 scientists walked outside. They immediately snatched up the Fourth Grade buddies and threw them in a pumpkin cart! They wheeled the smelly slimy pumpkin cart into the lab. Emma and Mia tried to escape, but the scientists were too strong!

Inside of S.S.S.L. were tons of robots and scary monsters. The lead corrupt scientist, Mr. Fox, put the kids in a machine. This machine rested on stubby steel legs and looked like a jumbo sized vitamin capsule. There was only one way in and out – “The Cyber Hatch”. The hatch was opened and the kids were tossed inside. As the doors closed, a toxic gas that smelled like a sewer was released! The kids tried to pry open the hatch to let in fresh clean air, but they were too late. Their hands transformed into a bright spinach color and began to swell in size. They all yelled, “Oh Noooooo, We’re zombies’ ‘! The scientist scrambled to let them out for testing and quickly discovered they made a bad decision. The Fourth Grade Buddies fought their way out of the experimental room, busting those corrupt scientists up out of their lab coats! They realized they were stronger and smarter than usual. After escaping the S.S.S.L., they decided to leave everything behind and to train for battle.

They left the city and ran through the night to Max’s grandfather’s farm, in the countryside. While in the corn maze, Emma and Mia saw nuclear monsters approaching their training grounds. It was a chance to see how strong they were so the Fourth Grade Buddies devised a plan to surround the nuclear monsters. Emma and Mia were the first lines of defense and attacked the monsters using a super kick! The monsters were too strong, so the girls abandoned the mission by retreating. They met up with the boys at the barn house to set up camp. A couple hours later, they all fell asleep sharing scary stories. The next morning, they trained with great focus so they could defeat the corrupt S.S.S.L. Scientists who want to turn all of the Fallvania citizens into living Jack O’ Lanterns.

The Fourth Grade Buddies take a training break to search for food. They find a strawberry bush to pick from right in front of a dark cave. Emma and Mia are scared, but Max and Jay are fearless. The brave boys tip toe into the cave. They find an old house inside with tons of slimy nuclear monsters. Max and Jay go into the house to vanquish them! One of the monsters had a staff that dropped in battle. The staff was the Legendary Fire Staff! Max picked it up and got elemental fire superpower. Once they finished eliminating the monsters they ran out of the cave to show the girls Max’s new superpower! The girls could not believe that Max could make fire. Using Max’s fire power they lit a path through the night to guide them back to Fallvania.

When they reached the edge of the city, Max said, “Hold onto me”. Mia, Emma, and Jay quickly grabbed hold of Max. Max used his power to fly into a storm cloud. They saw an abandoned cloud city. Jay said, “What if there are more elemental power staffs?” The Fourth Grade Buddies explore the cloud city and to their amazement find another power staff. Jay grabs it, exclaiming, “Easy Peasy”. The cloud begins to expand and the cloud city starts collapsing! The kids run out as fast as they can! Jay holds up the new staff and a bolt of lightning strikes him giving him the power of lightning. Now, he can summon a lightning storm that makes a lightning tornado! The girls wondered when they would get their powers and hoped they would be cool.

Max and Jay went to train with their new power. During training, Max activated the soul fire monster super power. Now he was super strong. On their way home they see a herd of monsters coming their way. Max and Jay destroy the monster and discover a staff that controls rock. They put it in a bag to hide it from the girls. A couple days later they give it to Emma the Rock Staff. She slams it on the ground to activate it, releasing the power of Earth. Mia is the only one without a super power. They venture to the Atlantic Ocean to explore Atlantis, hoping to find a staff for Mia. Jay electrocutes the water to defeat the Atlantis Guards. Emma makes rock spikes and then Max turns the spikes into lava spikes. The ocean turns into obsidian trapping the Atlantis civilians. The Fourth Grade Buddies look around and find a staff, it’s a water staff. Mia grabs it and gets the power of water. They swim back to the surface to battle the train! While training, Emma unleashes the power of a Rock Giant that stomps on anything the owner wants. Mia learns to summon a Water Dragon.

They stumbled upon a dark tunnel leading to an apartment building surrounded by Slimy Bots, Spider Bots, and the S.S.S.L. Scientists. The Fourth Grade Buddies courageously charge forward into battle. Max fights the Slimy Bots, using his soul fire to burn the Slimy Bots. Jay fights the Spider Bots, using his lightning storm to electrocute the Spider Bots. Emma and Mia go girl power mode to fight the S.S.S.L Scientists. While Emma is fighting the scientists she uses her rock giant to crush them. The last fight is against the lead S.S.S.L scientist, Mr. Fox, who first took the Fourth Grade Buddies as prisoners. Mia used her water power, but Mr. Fox scientists were too strong. She called her friends for help and they immediately jumped into action.

Now Fallvania is 100% saved! Everyone goes their separate ways. Emma and Mia make a spooky house with silly zombies and stuffed skeletons. Max and Jay build new cities and towns with their powers. They make a man cave so they can have some boy time. The people of Fallvania live their daily life with no threats – fully knowing that The Wild Adventurers had their back.