It’s hard to believe, but today marks the 16th anniversary of the attack on the Twin Towers. As with many difficult issues, sometimes the best way to understand is to read about it, and so we’ve pulled together a short reading list. Click on a cover to place a hold, and for a longer reading list, you can visit our Adult Book Lists page at https://www.waukeganpl.org/adults/book-lists-adults/ Just go to Current Events and Politics on the side of the page and click on the September 11th reading list. 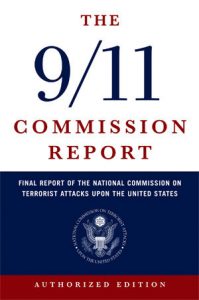 The 9/11 Commission Report: Final Report of the National Commission on Terrorist Attacks Upon the United States
973.931 NATIONAL

“Nearly three thousand people died in the terrorist attacks of September 11, 2001. In Lower Manhattan, on a field in Pennsylvania, and along the banks of the Potomoc, the United States suffered the single largest loss of life from an enemy attack on its soil. In November 2002 the United States Congress and President George W. Bush established by law the National Commission on Terrorist Attacks Upon the United States, also known as the 9/11 Commission. This independent, bipartisan panel was directed to examine the facts and circumstances surrounding the September 11 attacks, identify lessons learned, and provide recommendations to safeguard against future acts of terrorism. This volume is the authorized edition of the Commission’s final report.” 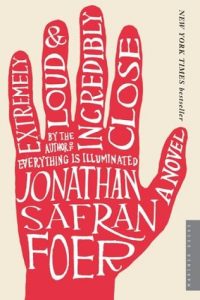 “Meet Oskar Schell, an inventor, Francophile, tambourine player, Shakespearean actor, jeweler, pacifist, correspondent with Stephen Hawking and Ringo Starr. He is nine years old. And he is on an urgent, secret search through the five boroughs of New York. His mission is to find the lock that fits a mysterious key belonging to his father, who died in the World Trade Center on 9/11. An inspired innocent, Oskar is alternately endearing, exasperating, and hilarious as he careens from Central Park to Coney Island to Harlem on his search.” 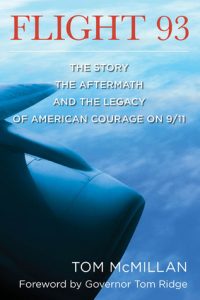 “The passengers of United Airlines Flight 93 on September 11th, 2001 have earned their rightful place among the pantheon of American heroes. Amazingly, 13 years after that day, the definitive account of this seminal event in the nation’s history has yet to be written. Flight 93 provides a riveting narrative based on interviews, oral histories, transcripts, recordings, personal tours of the crash site and voluminous trial evidence made public only in recent years. There also is plenty of chilling new detail for readers who think they know the story of the flight. Utilizing research tools that were not available in the years immediately after the crash, the book offers the most complete account of what actually took place aboard United 93 from its delayed takeoff at Newark International Airport to the moment it plunged upside-down at 563 miles per hour into an open field in rural Somerset County, Pennsylvania.” 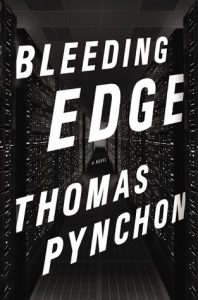 “New York City, 2001. Fraud investigator Maxine Tarnow starts looking into the finances of a computer-security firm and its billionaire geek CEO and discovers there’s no shortage of swindlers looking to grab a piece of what’s left of the tech bubble.” 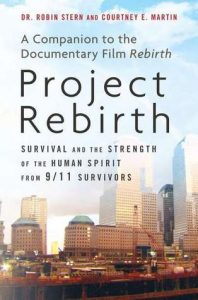 Project Rebirth: Survival and the Strength of the Human Spirit from 9/11 Survivors by Robin Stern
974.7104 STERN

“The images of the burning towers, the heartbroken friends building memorials, the minute-by-minute accounts of the horrors of that day–all are indelibly etched on our collective consciousness. But what of those left behind after 9/11? What have they, and we, learned from the gift of time? In Project Rebirth, a psychologist and a journalist examine the lives of nine people who were directly affected by the events of September 11, 2001. Written concurrently with the filming of a forthcoming documentary, it is uniquely positioned to tackle the questions raised about how people react in the face of crippling grief, how you maintain hope for a future when your life as you knew it is destroyed, and the amazing ability of humans to focus on the positive aspects of day-to-day living in the face of tragedy.”