Nowadays, you’d be hard pressed to pick up a mystery novel that didn’t feature an unreliable narrator – or several! Unreliable narrators are exactly as they sound – story narrators who may or may not be telling the truth. This could be due to the character’s personality, mind-altering substances, mental illness, memory loss, or the struggles or manipulations of other characters. As a reader, these types of stories tend to leave you feeling off balanced and slightly confused – is the story you’re being told actually what’s going on? Who can you trust? And because of this, novels with unreliable narrators tend to be pretty divisive…you either love ’em or you hate ’em!

There’s certainly no shortage of novels that feature unreliable narrators, especially if you enjoy psychological suspense novels. But to help you narrow down your options, here are a few solid titles to start with. We won’t give away any spoilers, but we will say that not everything is as it appears… Click on a cover or a title to place a hold! 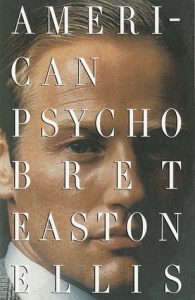 “Patrick Bateman moves among the young and trendy in 1980s Manhattan. Young, handsome, and well educated, Bateman earns his fortune on Wall Street by day while spending his nights in ways we cannot begin to fathom. Expressing his true self through torture and murder, Bateman prefigures an apocalyptic horror that no society could bear to confront.” 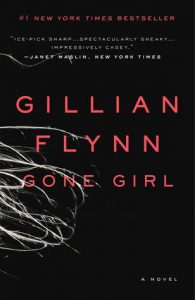 “On the morning of his fifth wedding anniversary, Nick’s wife Amy suddenly disappears. The police immediately suspect Nick. Amy’s friends reveal that she was afraid of him, that she kept secrets from him. He swears it isn’t true. A police examination of his computer shows strange searches. He says they aren’t his. And then there are the persistent calls on his mobile phone. So what really did happen to Nick’s beautiful wife?” 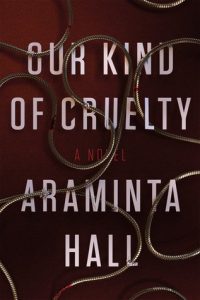 Our Kind of Cruelty by Araminta Hall
MYSTERY HALL

“This is a love story. Mike’s love story. Mike Hayes fought his way out of a brutal childhood and into a quiet, if lonely life, before he met Verity Metcalf. V taught him about love, and in return, Mike has dedicated his life to making her happy. He’s found the perfect home, the perfect job, he’s sculpted himself into the physical ideal V has always wanted. He knows they’ll be blissfully happy together. It doesn’t matter that she hasn’t been returning his emails or phone calls. It doesn’t matter that she says she’s marrying Angus. It’s all just part of the secret game they used to play. If Mike watches V closely, he’ll see the signs. If he keeps track of her every move he’ll know just when to come to her rescue.” 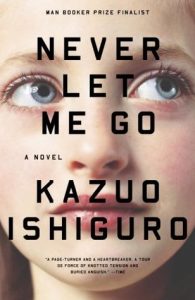 “Hailsham seems like a pleasant English boarding school, far from the influences of the city. Its students are well tended and supported, trained in art and literature, and become just the sort of people the world wants them to be. But, curiously, they are taught nothing of the outside world and are allowed little contact with it. Within the grounds of Hailsham, Kathy grows from schoolgirl to young woman, but it’s only when she and her friends Ruth and Tommy leave the safe grounds of the school (as they always knew they would) that they realize the full truth of what Hailsham is.” 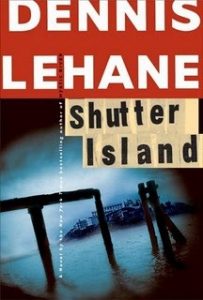 “In 1954, U.S. Marshall Teddy Daniels and partner Chuck Aule arrive at Shutter Island’s federal institution for the criminally insane to apprehend an escaped prisoner but instead begin to feel that someone is trying to drive them crazy.” 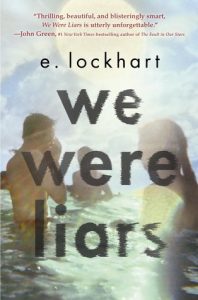 We Were Liars by e. Lockhart
YA FICTION LOCKHART

“Spending the summers on her family’s private island off the coast of Massachusetts with her cousins and a special boy named Gat, teenaged Cadence struggles to remember what happened during her fifteenth summer.”