Sometimes my reading mood has me going for short stories and essay collections – something I can read in a single sitting that doesn’t require me to stay with one story or one set of characters for 300+ pages. If this sounds like you too, make sure to come visit the main library, where we’ve put together a great display for some of our best essay collections. Here are a few titles to whet your appetite – click on a cover or a title to place a hold! Or visit our online book lists where we have even more suggestions for you to browse through! 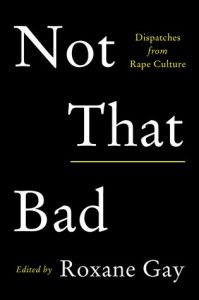 “Edited and with an introduction by Roxane Gay, the New York Times bestselling and deeply beloved author of Bad Feminist and Hunger, this anthology of first-person essays tackles rape, assault, and harassment head-on.” 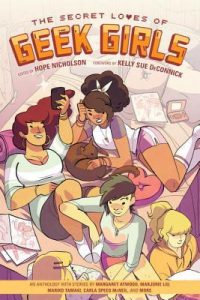 “The Secret Loves of Geek Girls is a non-fiction anthology mixing prose, comics, and illustrated stories on the lives and loves of an amazing cast of female creators. Featuring work by Margaret Atwood (The Heart Goes Last), Mariko Tamaki (This One Summer), Trina Robbins (Wonder Woman), Marguerite Bennett (Marvel’s A-Force), Noelle Stevenson (Nimona), Marjorie Liu (Monstress), Carla Speed McNeil (Finder), and over fifty more creators. It’s a compilation of tales told from both sides of the tables: from the fans who love video games, comics, and sci-fi to those that work behind the scenes: creators and industry insiders.” 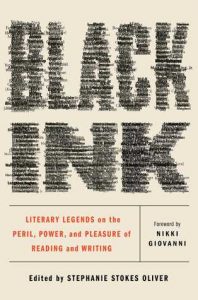 Black Ink: Literary Legends on the Power, Peril, and Pleasure of Reading and Writing by Stephanie Stokes Oliver (ed.)
814.008 BLACK

“Spanning 250 years, a collection highlights the hard-won literary progress of black people in America, who were once forbidden by law to learn how to read, with essays from Frederick Douglass, Solomon Northup, Booker T. Washington, Maya Angelou and many more.” 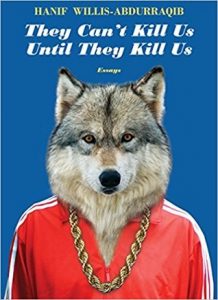 They Can’t Kill Us Until They Kill Us by Hanif Willis-Abdurraqib
814.6 WILLIS-A

“In an age of confusion, fear, and loss, Hanif Abdurraqib’s is a voice that matters. Whether he’s attending a Bruce Springsteen concert the day after visiting Michael Brown’s grave, or discussing public displays of affection at a Carly Rae Jepsen show, he writes with a poignancy and magnetism that resonates profoundly. In essays that have been published by the New York Times, MTV, and Pitchfork, among others–along with original, previously unreleased essays– Abdurraquib uses music and culture as a lens through which to view our world, so that we might better understand ouselves, and in doing so proves himself a bellwether for out times.” 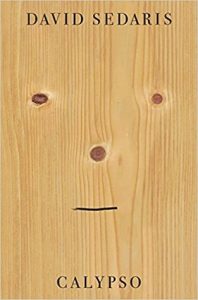 “With Calypso, Sedaris sets his formidable powers of observation toward middle age and mortality. Make no mistake: these stories are very, very funny–it’s a book that can make you laugh ’til you snort, the way only family can. Sedaris’s powers of observation have never been sharper, and his ability to shock readers into laughter unparalleled. But much of the comedy here is born out of that vertiginous moment when your own body betrays you and you realize that the story of your life is made up of more past than future.”