The Waukegan Public Library was awarded the Community Impact Award by the Hispanic Chamber of Commerce for our work with Enroll Lake County on the Affordable Care Act.

Library Journal magazine recognizes 50 individuals in the library community every year who work hard to enhance the lives of their community with innovative learning ideas. This year, Elizabeth Stearns, Assistant Director, and Carmen Patlan, Community Engagement and Spanish Literacy Services Manager, were recognized as Movers and Shakers for their efforts at Waukegan Public Library.

The Waukegan Public Library received an Estela and Raúl Mora honor award for the library’s El Día de los Niños, El Día de los Libros/Children’s Day, Book Day family event held every year in the Spring. The Mora award is presented in partnership with REFORMA, the National Association to Promote Library & Information Services to Latinos and the Spanish Speaking. El Día is a celebration linking all children to books, languages, and cultures. 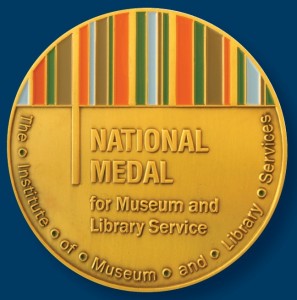 The Waukegan Public Library is a National Medal for Museum and Library Service winner. Presented by the Institute of Museum and Library Services, the National Medal is the nation’s highest honor conferred on museums and libraries for service to the community and celebrates institutions that make a difference for individuals, families, and communities. Only five libraries and five museums in the nation receive this honor each year. 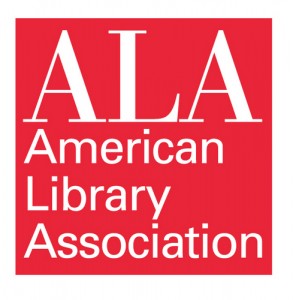 The Waukegan Public Library was awarded the Upstart Innovation Award by the Public Library Association for the library’s “Bus to Us” field-trip program, which brings thousands of elementary school children to the library throughout the year for engaging, curriculum-guided visits. This award recognizes a public library’s innovative and creative service program to the community.

The Waukegan Public Library received the American Library Association Marshall Cavendish Excellence in Library Programming Award for the creation of an Early Learning Center (ELC) to meet the demands of a community affected by changing demographics and a lack of resources, especially for children ages 0-7.

The Waukegan Public Library is the recipient of 5 First Place Awards in the 2011 ILA Excellence in Marketing & Public Relations Competition:  Most Creative Visual or Interactive Display, Most Creative Video, Best Singular Direct Mail or Promotional Piece, Newsletter Series, and Most Original Event/Festival.

The Waukegan Public Library Early Learning Center is the recipient of the 2011 Illinois Library Association Highsmith Library Innovative Award.  This award recognizes a library’s achievement in planning and implementing an innovative or creative program or service which has had a measurable impact on its users.  The award is sponsored by Highsmith, Inc.

The Waukegan Public Library Literacy Suite is the 2011 recipient of the Illinois Library Association’s Hugh C. Atkinson Memorial/DEMCO Award.  The award recognizes an individual, a group, a program, or an institution for a sustained activity and contribution having a lasting impact on librarianship.  The award is sponsored by DEMCO.\\

The Illinois Library Association (ILA) awarded this year’s Highsmith Library Innovation Award to the Ray Bradbury Storytelling Festival, sponsored annually by the Waukegan Public Library. School and public libraries across Illinois compete for the award, designed to recognize a library’s achievement in planning and implementing an innovative program or service which has a measurable impact on its users. 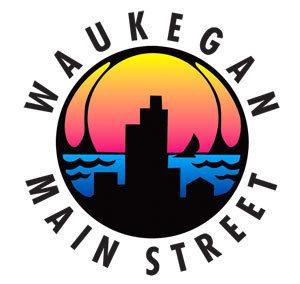 NSLS Library of the Year Award